“…a unique espionage thriller following two unlikely spies, with their own gifts of deception and analysis. Fontenot give readers a highly intriguing, and entertaining adventure, that will give spy fiction fans another dose of what they love.”

Solution Squared started as a sequel to the very first book I wrote. Looking at that book now (almost twenty years later), I’m kind of embarrassed to have my name on it. It was created during the heyday of the ‘vanity publishers’ and yes, I was taken in by the thought of having my name on a book.

They say we write about what we know. I’m thinking that is generally true. A lot of what is in Solution Squared was expanded from my days in the Submarine Force, and backed up by a ridiculous amount of research. My choice of characters was based on something I came across during that research.

At the time I was writing it (2007), with the exception of just one country, there had never been a female head of any foreign intelligence service. So… I created a couple myself – who happen to be identical twins.

Strangely, as times change, so have attitudes. In 2018, Gina Haspel became the first female to head the CIA. She promptly named two more females to head departments within the organization.

If you are big on espionage stories, and can deal with strong women (with guns J), you might want to give Solution Squared a read. 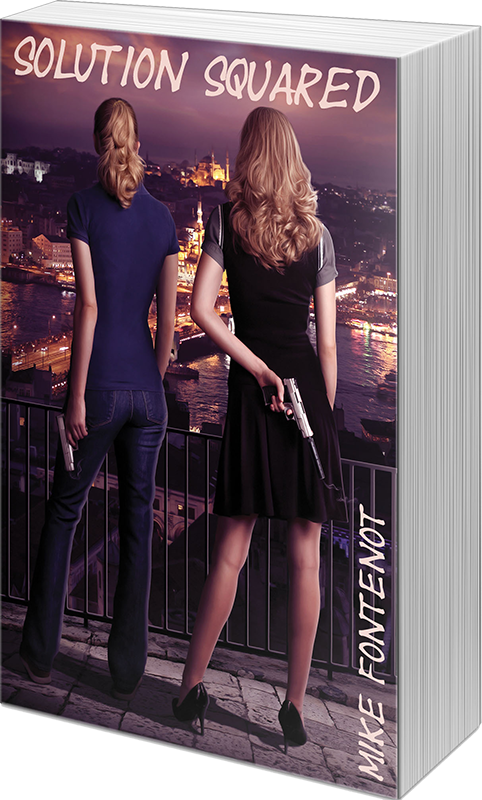 Courtney Bergstrom:
Her inimitable aptitude for analysis, lets her see things – things the rest of us don’t, or perhaps can’t see. Her mind operates as smoothly, and as quickly, as a computer – one or zero, on or off.

At twenty-five years of age, she will mastermind and execute one of the most intricate defections in the history of espionage.

Whitney Bergstrom:
Quick, agile, deviously cunning, with a demeanor most often described as dispassionate, she appears and disappears like a shadow, on a cloudy day.

At twenty-five years of age, she will kill a man, with nothing more than her bare hands, and never give it a second thought.

Together they are the CIA’s latest solution – squared.

Catch is, the bad guys have no idea there are two of them.

Meet Christine Nelson – the always bubbly, and absurdly efficient Staff Attaché attached to the US Embassy, London… aka Courtney or Whitney Bergstrom.

Catch is, unless they want you to, you’ll never know which one of them she is.

Just one of the many benefits of being identical…

What at first appears to the sisters to be an intriguing, one of a kind opportunity, quickly becomes an everyday life and death struggle, as they weave their way through the onslaught of deceit, danger, and daily insanity that is life as a CIA field agent. Inevitably, they discover what may be the harshest reality of life as a spy – the good guys don’t always win.

Their first field supervisor’s cynical statement that ‘…in this business, at some point, everyone dies’ will prove to be a chilling reality. Solution Squared is an espionage thriller that takes the reader on a fast-paced, methodical journey, through multiple cities, across three continents, and ends with an unpredictable twist. 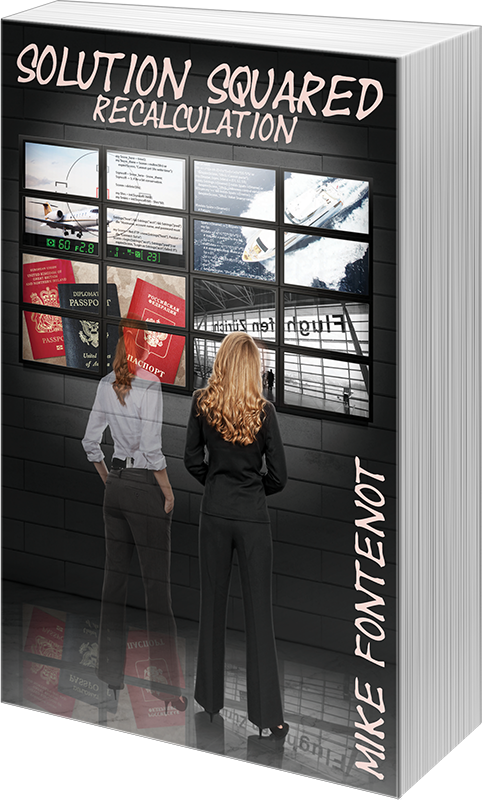 For a brief time, they were the CIA’s secret weapon – wreaking unexplained havoc on the intelligence agencies of the world. Then, in what proves to be their most intricate operation, Whitney is killed. Courtney stood helpless and watched, as the cargo van her twin sister was in, erupted into a fireball large enough to do structural damage to the buildings around it.

Many are the hazards in the life of a spy, death being ever-present at the top of the list.

Since her sister’s ‘death’, driven by an acute sense of destiny, Courtney has gone on to become a wife, a mother, and… the CIA’s Director of Intelligence.

Today, however, Courtney’s life will undergo its second radical change. A secret delivered via her daughter, at a daycare center, four years after her sister’s death, is about to become very public… by specific design.

Down a dark hall, in a secluded office, Alice Williamson – Director, Central Intelligence – is about to use that very same ‘secret’ to pull Courtney away from the safety of her desk, and back into the fray… back into the world of ‘operations’.

She will accomplish the feat in ten seconds, using only four words…

“They have your sister.”

Recalculation, the sequel to Solution Squared, is the next progression in the escapades of identical twin sisters Whitney and Courtney Bergstrom – the would be ‘girls next door turned spy’, whose devious, deceptive, and slightly sinister behavior, lends credence to the concept that a beautiful face can often and easily hide, a very dangerous heart. 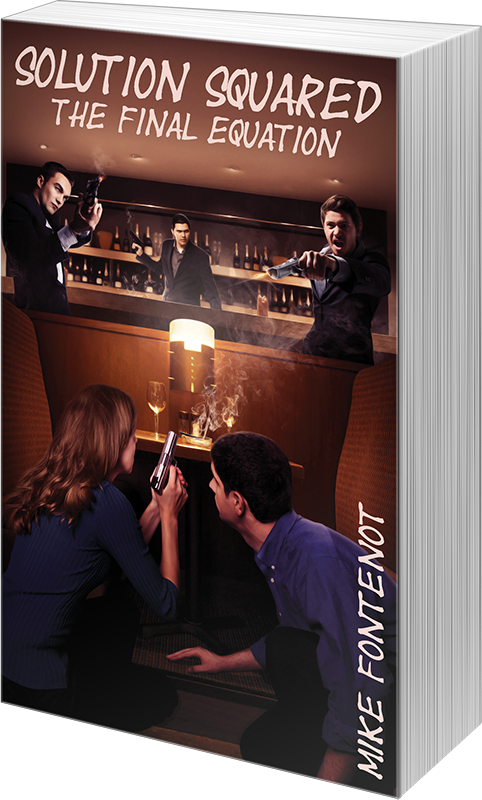 Twin sisters Courtney and Whitney have spent their entire adult lives traveling an inherently dangerous path – sometimes together, sometimes apart. It’s a path that inexorably leads to a destiny only they together, can fulfill.

Over the years, they’ve made friends and enemies – sometimes both in the same person. Even those they work against, respect their abilities.

They now find themselves thrust into a situation that will require they work with those the world believes are their arch-nemesis – the SVR. What the world, and those in power in both countries, aren’t aware of, is that while they are the diligent adversaries they appear to be, over the years Courtney Whitman and Andrei Gryzlov have forged an intense, if not covert, friendship. This small detail will eventually prove extremely beneficial for the Russian government.

A Russian program – one that directly involves two of the twin’s closest associates – was never terminated, as was reported. In fact, not only was it seen through to completion, but the subjects are now being gathered to complete a mission.

But it isn’t the mission they were created for…

Older, and perhaps a split second slower than they were in their youth, the sisters get caught up in a bizarre plan that Akilina Nikolsky believes will propel her into the Presidential Palace in Moscow. They are drawn into the insane melee by an old friend and adversary – Leonid Tarasov.

Tarasov and those who follow him, deceptively recruit the sisters using a means deplorable even by the standards of those in the world of espionage…

They kidnap their children…

However, once the children are safely recovered, and a very changed Leonid Tarasov gives them an understanding of what is at stake, Courtney and Whitney readily join him on his quest to thwart the insanely diabolical plans of Akilina Nikolsky, and the deranged scientist helping her.

And, just as so many times in the past, inevitably, bullets fly… and people die…

In the end, the price of success will be far higher than any of them could ever imagine.

All contents of this site to include artwork, text, photos, are protected by copyright.

Any use of these materials without the express written permission of C Clef Publishing, LLC is a violation of said copyrights.